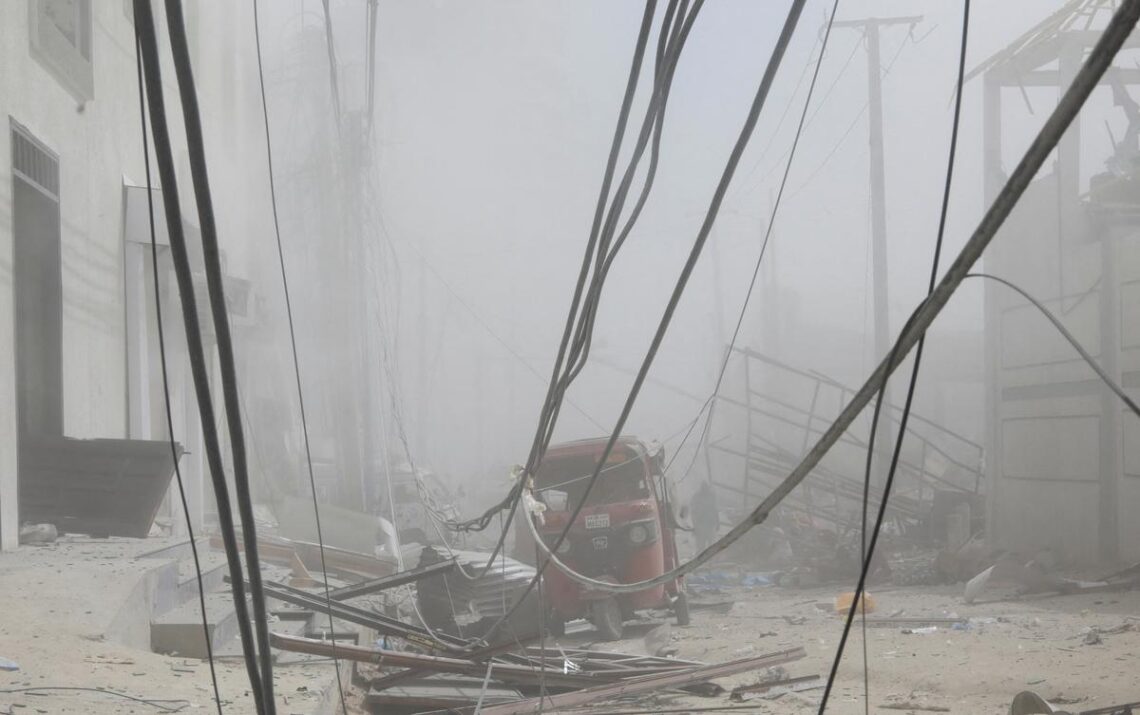 The attack in Mogadishu occurred when the President, Prime Minister, and other senior officials were meeting to discuss combating violent extremism

The attack in Mogadishu occurred when the President, Prime Minister, and other senior officials were meeting to discuss combating violent extremism

The Somalia National News Agency cited national police spokesman Sadiq Dodishe on the toll. The attack in Mogadishu occurred on a day when the President, Prime Minister, and other senior officials were meeting to discuss combating violent extremism, especially by the al-Qaida-affiliated al-Shabab group that often targets the capital.

There was no immediate claim of responsibility.

An Associated Press journalist at the scene saw “many” bodies and said they appeared to be civilians traveling on public transport. He said the second blast occurred in front of a busy restaurant. Images from the scene showed crushed tuk-tuks and other vehicles.

The director of the Aamin ambulance service told the AP they had collected many wounded or killed. One of the ambulances responding to the attack was destroyed by the second blast, Abdulkadir Adan added in a tweet.

The Somali Journalists Syndicate said one journalist was killed and two others wounded.

The attack occurred at Zobe junction, which was the scene of a huge al-Shabab truck bombing in 2017 that killed more than 500 people.

Al-Shabab often targets high-profile locations. Saturday’s blast occurred near the education ministry, which the extremists stormed in 2015, and the foreign ministry.

Somalia’s government has been engaged in a high-profile new offensive against the extremist group that the United States has described as one of al-Qaida’s deadliest organizations. Somalia’s president has described it as “total war” against the extremists, who control large parts of central and southern Somalia and have been the target of scores of U.S. airstrikes in recent years.

The extremists have responded by killing prominent clan leaders in an apparent effort to dissuade support for that government offensive.

Effort on to keep drugs off labour camps