U.S. and Iran clash at UNSC over Russia using Iran drones in Ukraine 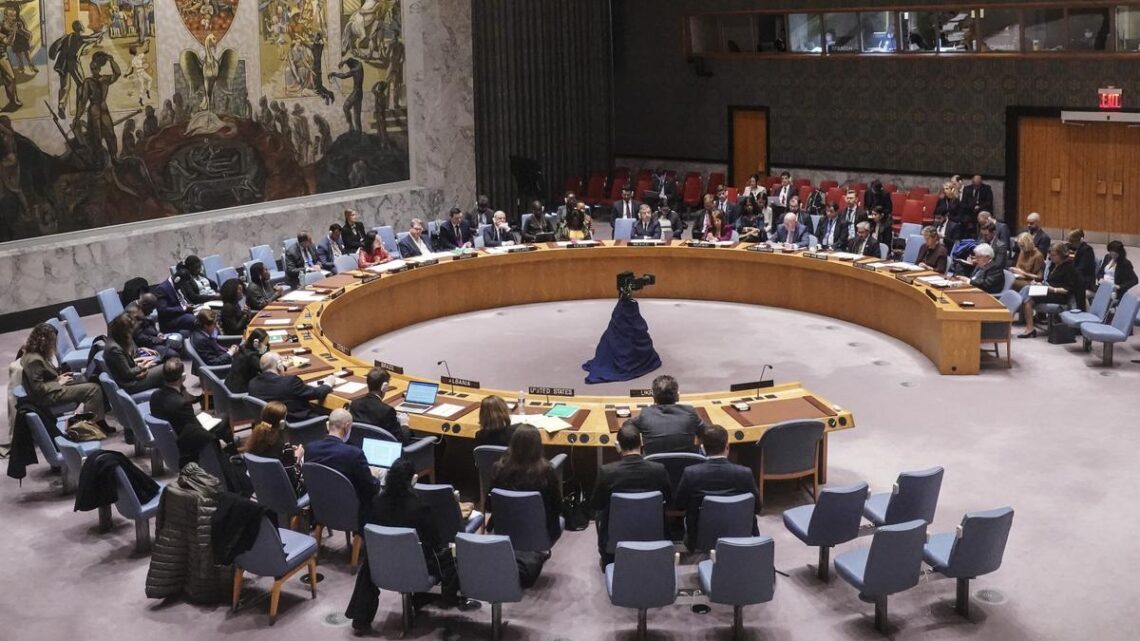 
The United States and its allies clashed with Iran and its ally Russia over Western claims that Tehran is supplying Moscow with drones that have been attacking Ukraine — and the U.S. accused the U.N. secretary-general of “yielding to Russian threats” and failing to launch an investigation.

At a contentious Security Council meeting Monday on the resolution endorsing the 2015 nuclear deal between Iran and six major powers, the United States and Iran also accused each other of responsibility for stalled negotiations on the Biden administration rejoining the agreement that former President Donald Trump pulled out of in 2018.

Iran’s U.N. Ambassador Amir Saeid Iravani insisted Iran’s negotiating team exercised “maximum flexibility” in trying to reach agreement and even introduced an “innovative solution to the remaining issues to break the impasse.” But he claimed the “unrealistic and rigid approach” of the United States led to the current stalled talks on the 2015 agreement, known as the JCPOA.

“Let’s make it clear: pressure, intimidation and confrontation are not solutions and will get nowhere,” Mr Iravani said.

Iran is ready to resume talks and arrange a ministerial meeting “as soon as possible to declare the JCPOA restoration,” Mr. Iravani said. “This is achievable if the U.S. demonstrates genuine political will … The U.S. now has the ball in its court.”

Speaking before Iravani, U.S. Deputy Ambassador Robert Wood said “the door to negotiations remains open” for a mutual U.S.-Iranian return to full implementation of the JCPOA. But he said, “Iran’s own actions and stances have been responsible for preventing that outcome.”

In September, a deal that all other parties had agreed to was “within reach” and “even Iran prepared to say yes,” Mr. Wood said, “until at the last minute, Iran made new demands that were extraneous to the JCPOA and that it knew could not be met.”

He said Iran’s conduct since September — notably its failure to cooperate with the International Atomic Energy Agency, the U.N.’s nuclear watchdog, and the expansion of its nuclear program “for no legitimate civilian purpose” — has reinforced U.S. skepticism “about Iran’s willingness and capability of reaching a deal, and explains why there have been no active negotiations since then.”

At the end of the council meeting, Mr. Wood asked for the floor to refute Iravani, saying it’s “a fact” that Iran’s extraneous demands and rejection of all compromise proposals are the reason why there has not been a return to mutual compliance with the JCPOA.

Britain’s U.N. Ambassador Barbara Woodward, whose country remains a party to the JCPOA, told the council Iran’s nuclear escalation is making “progress on a nuclear deal much more difficult.”

“Today, Iran’s total enriched uranium stockpile exceeds JCPOA limits by at least 18 times, and it continues to produce highly enriched uranium, which is unprecedented for a state without a nuclear weapons program,” she said.

In addition, Ms. Woodward said, “Iranian nuclear breakout time has reduced to a matter of weeks, and the time required for Iran to produce the fissile material for multiple nuclear weapons is decreasing.” She said Iran is also testing technology that could enable intermediate and intercontinental range ballistic missiles to carry a nuclear payload.

She pointed to an IAEA report that Iran intends to install new centrifuges at its Natanz Fuel Enrichment Plant and to produce more uranium enriched up to 60% at the Fordow Fuel Enrichment Plant — a level close to that needed for a nuclear weapon. Iran also removed all IAEA equipment monitoring JCPOA-related activities.

Ms. DiCarlo called on Iran to reverse all steps outside JCPOA limits, and on the United States to lift sanctions on Iran outlined in the nuclear deal, and extend waivers on Iranian oil trading.

Iran’s Iravani emphasized that all of Iran’s nuclear activities “are peaceful” and said Iran is ready to engage the IAEA to resolve outstanding issues on nuclear safeguards.

As for what he called the “unfounded allegation” that Iran transferred drones to Russia in violation of the 2015 resolution, Iravani stressed that all restrictions on transferring arms to and from Iran were terminated in October 2020. So he said Western claims that Tehran needed prior approval “has no legal merit.”

Mr. Iravani also insisted that drones were not transferred to Russia for use in Ukraine, saying “the misinformation campaign and baseless allegations … serve no purpose other than to divert attention from Western states’ transfer of massive amounts of advanced, sophisticated weaponry to Ukraine in order to prolong the conflict.”

Russia’s U.N. Ambassador Vassily Nebenzia called allegations of Iranian drone deliveries to his country for use in Ukraine “patently concocted and false.” Russia is well aware that Ukrainian representatives “have been unable to provide Tehran bilaterally any documentation to corroborate the use by Russian military personnel of Iranian-origin drones,” he said.

Mr. Wood, the U.S. envoy, told the council that Ukraine’s report of Iranian-origin drones being used by Russia to attack civilian infrastructure has been supported “by ample evidence from multiple public sources” including a statement by Iran’s foreign minister on Nov. 5.

He insisted that Iran is barred from transferring these types of drones without prior Security Council approval under an annex to the 2015 resolution.

For seven years, Mr. Wood said, the U.N. has had a mandate to investigate reported violations of the resolution, and he expressed disappointment that the U.N. Secretariat, headed by secretary-general Guterres, has not launched an investigation, “apparently yielding to Russian threats.”

Russia’s Nebenzia reiterated Moscow’s contention that investigations are “an egregious violation” of the resolution and the U.N. Charter “and the U.N. Secretariat should not bow to pressure from Western countries.”

Mr. Guterres told a news conference earlier Monday, when asked about criticism that the U.N. hasn’t launched an investigation of Iranian-made drones in Ukraine, that “We are looking into all the aspects of that question and in the broader picture of everything we are doing in the context of the war to determine if and when we should” conduct an investigation.