U.S. digs out from monster storm as death toll passes 50 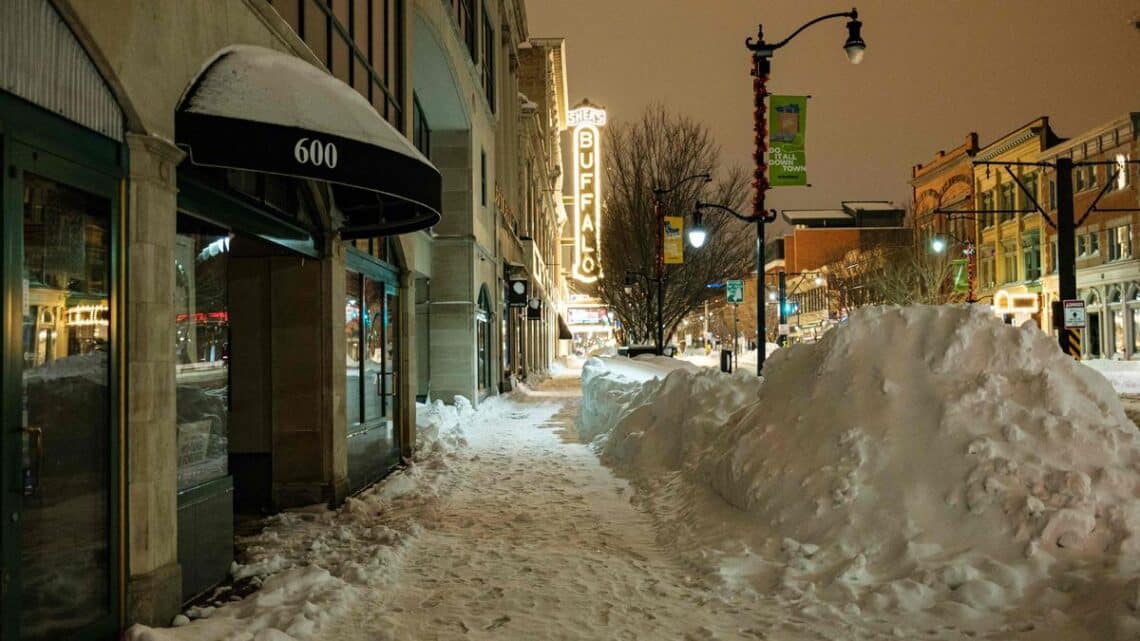 
The monster storm that killed dozens in the United States over the Christmas weekend continued to inflict misery on New York state and air travelers nationwide Tuesday, as stories emerged of families trapped for days during the “blizzard of the century.”

The number of deaths attributed to the winter storm rose to more than 50 after officials confirmed three more fatalities in western New York’s Erie County, the epicenter of the crisis.

The police department “expects that number to rise,” tweeted Byron Brown, mayor of the lakeside county’s biggest city Buffalo — which has been paralyzed for five days by chest-deep snow banks and power outages.

“Certainly it is the blizzard of the century,” Hochul told reporters Monday.

As temperatures plummeted, commuters and some residents fleeing their freezing homes became trapped on highways, unable to be rescued.

The problem was compounded when some areas were rendered inaccessible to ambulances for dozens of hours and snowplows were unable to perform their job due to the ferocity of the storm — necessitating rescuers being rescued in certain cases.

The family of one 22-year-old Buffalo resident, Anndel Taylor, said she died in her car after getting stuck on her way home from work.

A video sent by Taylor and posted by her sister shows her vehicle covered up to its windows in snow.

One father described being trapped in his vehicle on the streets of Buffalo with his four young children for 11 hours before being rescued, according to The New York Times.

Zila Santiago, 30, said he kept his engine running to provide some warmth and fed his children some juice found in his trunk.

They were finally rescued at dawn by a passing snowplow.

In a city well-accustomed to snowstorms, some residents were blaming a travel ban they said was enacted too late on Friday morning as contributing to the mayhem.

Buffalo resident Mark Eguliar remained at his workplace, where he was stuck for more than 40 hours.

The perfect storm of fierce snow squalls, howling wind and sub-zero temperatures forced the cancellation of almost 20,000 U.S. flights in recent days, including some 3,200 on Tuesday, according to tracking site Flightaware.com.

Most of the cancellations on Tuesday were at Southwest Airlines, which pulled more than 60 percent of its flights due to cascading logistics issues, earning it a rebuke from the U.S. government.

The Department of Transportation tweeted that it was “concerned by Southwest’s unacceptable rate of cancellations” and would examine if the company was “complying with its customer service plan,” while the U.S. Senate committee overseeing aviation said it would look into causes that “go beyond weather.”

U.S. President Joe Biden on Monday approved an emergency declaration for New York state, freeing up funds to help it recover from the disaster.

Buffalo’s international airport remains closed until Wednesday morning and a driving ban remained in effect for the city.

“You can absolutely go out and walk to check on neighbors, go to open stores, etc. But do not drive,” tweeted the county executive, Mark Poloncarz.

Longtime Buffalo resident Bill Sherlock told AFP that his home had received about four feet of snow, but that he was lucky to have had functioning electricity and food.

Those less fortunate “probably had the worst Christmas of their lives,” said the 38-year-old attorney — mindful that some homes in his neighborhood have had no power since Friday.

Sherlock said he may wait another day before leaving home for the first time in nearly a week: “We’re not going anywhere unless we have to.”

Mayor Brown told CNN that multiple looting incidents were reported in the city over Christmas weekend and eight arrests had been made.

The National Weather Service forecast a respite of warmer temperatures around 50 degrees Fahrenheit (10 degrees Celsius) by the weekend, although officials warned that melting snow could result in minor flooding.

The extreme weather over the weekend sent temperatures to below freezing in all mainland U.S. states, including in Texas along the Mexico border where some arriving migrants have struggled to find shelter.

At one point on Saturday, nearly 1.7 million customers were without electricity in the biting cold, according to tracker poweroutage.us.

Road ice and whiteout conditions also led to the temporary closure of some of the nation’s busiest transport routes, including part of the cross-country Interstate 70 highway.