Is the Aam Aadmi Party going to create a political crisis in the country with its growing stature?

by Kumar Nigam
in Opinion
Reading Time: 4 mins read
A A 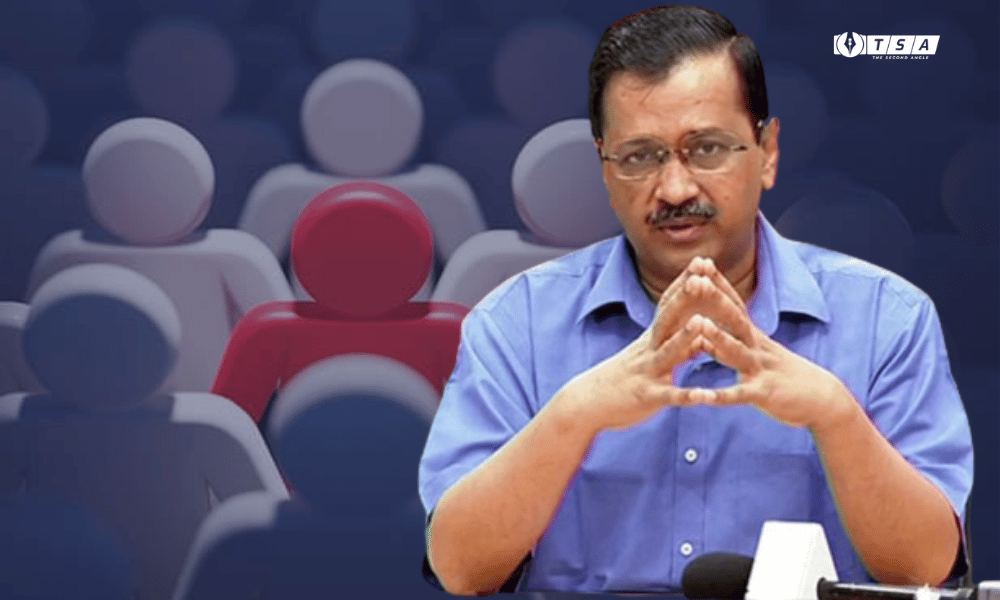 The Aam Aadmi Party was born out of the movement led by Anna Hazare against corruption and dishonesty. Initially, many big faces associated with the movement, like Kumar Vishwas, Yogendra Yadav, Prashant Bhushan, etc. were associated with the Aam Aadmi Party, but with the formation of the government in Delhi, all the big faces started leaving the party one after the other. Why? Obviously, nothing came out, but everyone gave almost the same reason, which is not to be heard inside the party.

Despite the recent religious conflict in Jahangirpuri and the subsequent demolition of houses and shops, all of Kejriwal’s leaders began referring to Jahangirpuri’s Muslims as Rohingya and Bangladeshis. Whereas no party has any difficulty obtaining these Muslims’ votes during elections. Delhi and the country have seen an increase in religious strife and violence against Muslims for some time now, but neither Kejriwal himself nor the leaders or workers are seen standing with Muslims or Dalits anywhere on the road.

When children were beaten up after entering the library of Jamia Millia Islamia University, Kejriwal and his party could not be seen. The Aam Aadmi Party also kept its distance from the Shaheen Bagh Protest. Even when there were riots in Delhi, Kejriwal’s party was nowhere to be seen on the ground. Excuse, same old, not having authority over Delhi Police. Apart from this, Kejriwal and his other leaders have been seen shunning Muslims and Dalits in the name of soft Hindutva.

So many doubts have been raised about Kejriwal’s party’s ideology that he himself had to tweet about it. In the past, Kejriwal has stated that his party’s ideology includes rabid patriotism. Only Kejriwal Ji knows what bigotry has to do with a pure feeling like patriotism. Even during the recent Punjab elections, the Aam Aadmi Party, under the leadership of Kejriwal and Raghav Chadha, was seen spreading hatred among Punjabi Hindus and Sikhs, accusing Congress of atrocities against Hindus.

In 2015, the Aam Aadmi Party got a big victory in the Delhi elections. Since then, the big leaders of the party started getting leave. Leaders like Prashant Bhushan, Yogendra Yadav, Ashutosh, Kumar Vishwas, Alka Lamba, etc. either left the party themselves or were expelled from it. All the allegations are almost the same: the party has deviated from its values ​​and no one in the party is listened to.

Actually, Kejriwal is the only one in the Aam Aadmi Party. Apart from Kejriwal, there is no number two leader. Manish Sisodia was considered number 2 for some time but was not given any active lead role in the Punjab elections. Kept on the side. A glimpse of this was also seen after the Punjab elections when Arvind Kejriwal took a meeting of the top officials of Punjab in the absence of Punjab Chief Minister Bhagwant Mann, which shows that the Aam Aadmi Party is a one-man party. As important as democracy is in the politics of the country, it is equally important to have democracy in political parties, so that no leader can become autocratic.

3. Political use of police: against those who spoke

With the Aam Aadmi Party winning Punjab, the Punjab Police came under his jurisdiction. Now Kejriwal has started showing his true dictatorial colors and proved that when he comes to power, he is also like any other political party, in fact, with a fourfold rate. Punjab Police took action against Delhi BJP leaders Tejinder Pal Bagga and Pravesh Singh Sahib.

Not only this, Kejriwal sent the police to Kumar Vishwas’s house on Wednesday in connection with the remarks made by Kumar Vishwas during the election. The same has been done with his old friend, Alka Lamba. Moreover, from Kejriwal’s supporters to party workers, they can all be seen threatening police action on social media.

Also, Checkout: Bulldozer politics is not confined to just UP anymore