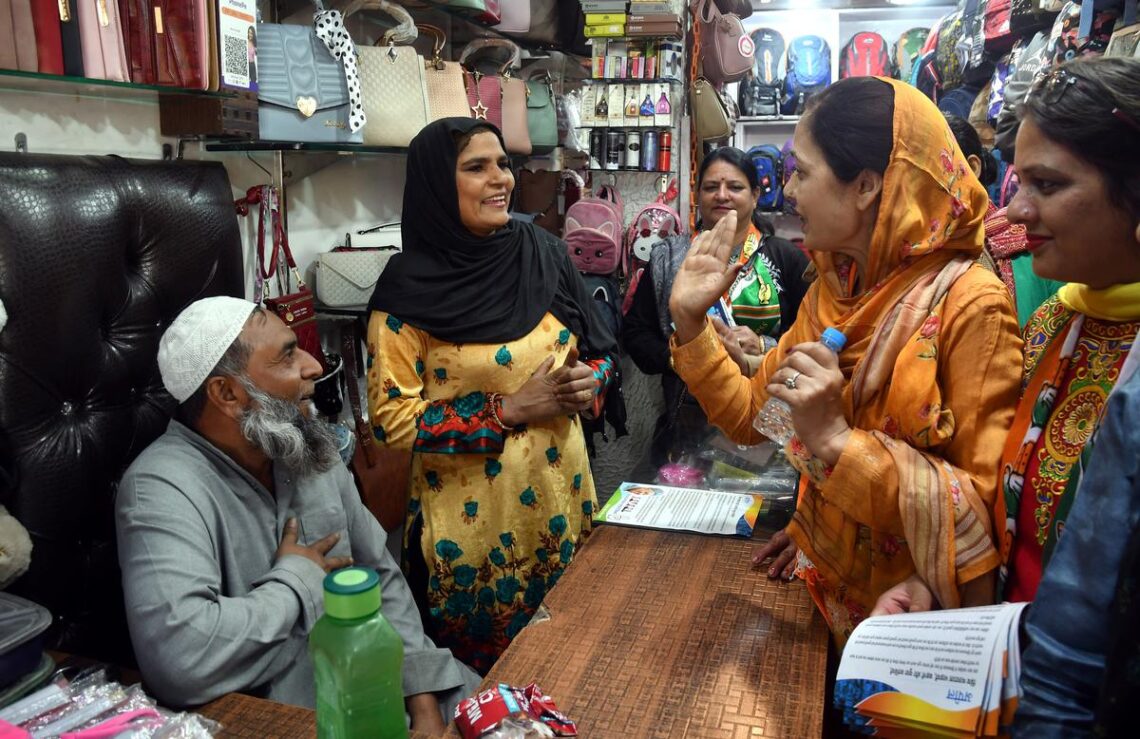 As the election campaign picks up momentum for the Himachal Pradesh election slated for November 12, prominent leaders and the party cadre of the Congress and the ruling BJP are reaching out to the voters.

Mr. Shah hit out at the Congress, lamenting that there was nothing left in the Congress except ‘mother and son’. He said that what the Congress could not do in India in the last 60 years, Prime Minister Narendra Modi had done in the last eight years. “No one in India believed that Ram Mandir would be built but Modiji’s determination has proved this and foundation stone of Ram temple has been laid by Prime Minister. Congress did only appeasement and vote bank politics but Prime Minister Modi made India strong on the world stage,” he said.

The Congress leaders and the cadre continued to garner support from the public. In Mandi district’s Sundernagar Assembly constituency, Sheila Thakur held the fort for her husband Sohan Lal, who is Congress candidate for this seat.

With a group of party members, Ms. Thakur went across the main market of the town, seeking votes for her husband, charging that during the last five years the BJP had not fulfilled its promises and the constituency was lagging behind on different parameters of development.

“No one in the BJP listens to people’s problems. The development works have been stalled under the BJP. The parking problem in the market has turned acute, but for the last five years, the local administration has hardly taken any steps to solve the issue. Also, people here are facing the problem of contaminated drinking water,” alleged Ms. Thakur. “People are fed up with the BJP and want a change by bringing the Congress back to power,” she added.

However, there are people who hail the BJP’s development work in the area. Ravinder Thakur, 43, who runs a sweet shop in the local market, asserts that the pace of development – be it the construction of roads or government offices that cater to the public “have been much faster under the BJP government than the previous government,” he said.

“Also, it’s not only the local issues for which I support the BJP. I look beyond the State, at the national level the BJP has taken such decisions that were unique. The BJP has revoked Article 370, fastened the construction of Ram Mandir,” he added.

In Sundernagar, Rakesh Jamwal of the BJP, who is at present representing the constituency, is in direct contest with Mr. Lal among other candidates. However, BJP’s rebel candidate Abhishek Thakur, son of former Minister Roop Singh Thakur, who is contesting as Independent is likely to create hurdles for the sitting legislator.