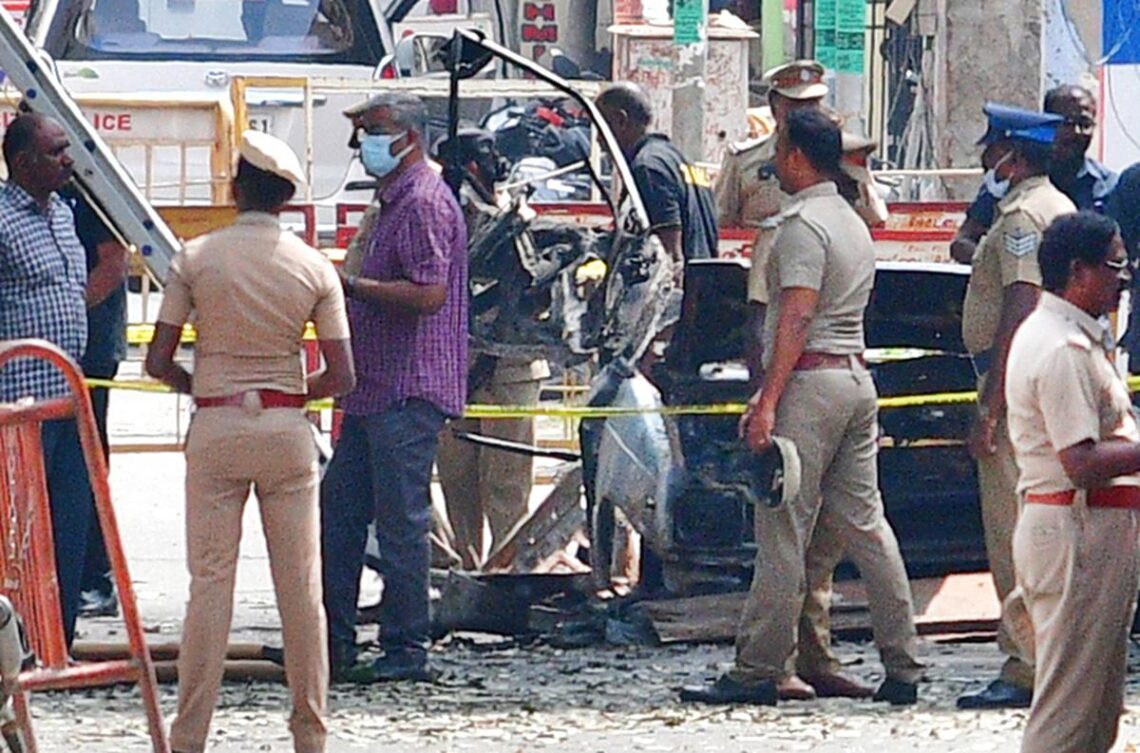 Searched were conducted by the National Investigation Agency in about 20 locations in Coimbatore.

Searched were conducted by the National Investigation Agency in about 20 locations in Coimbatore.

Special teams of the central agency commenced searches with the backup of Tamil Nadu police on the premises of persons they suspected of being IS activists or sympathisers.

Investigators were acting on inputs from intelligence agencies and information revealed by five suspects arrested in the Coimbatore car blast, the sources said.

Preliminary information revealed that the searches were on at many places in Chennai, Coimbatore and some other locations in the State.

Door-to-door searches are on at a housing board in Pullukadu, near Ukkadam. Searches are also underway at Kottaimedu, Podanur, Kuniyamuthur and Selvapuram.

The NIA is probing the source and supply network of funds and explosive substances to the accused in the blast in which Jameesha Mubin, a suspected suicide bomber, died on October 23, 2022, a day before Deepavali.