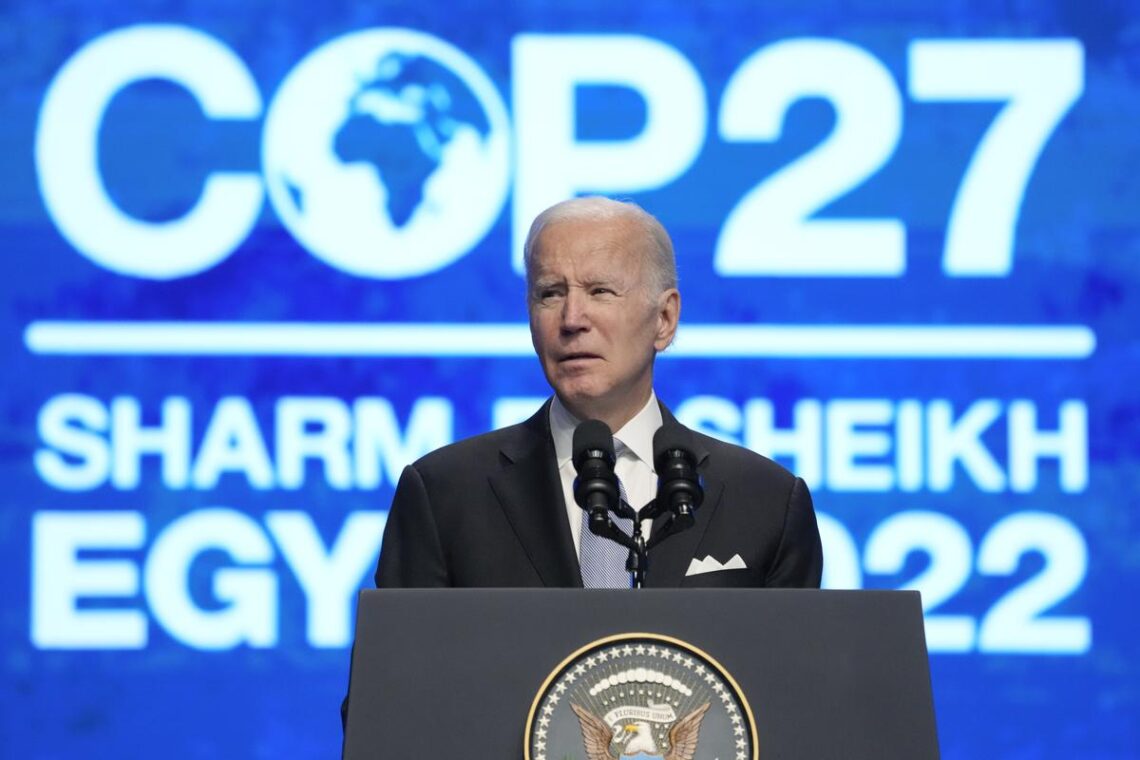 The “very life of the planet” is at stake in the climate crisis, the U.S. President told the COP27 summit

The “very life of the planet” is at stake in the climate crisis, the U.S. President told the COP27 summit

U.S. President Joe Biden told the COP27 summit on Friday that the world needs to “step up” to cut carbon emissions in the hope of bringing global warming under control.

“Every nation needs to step up. At this gathering, we must renew and raise our climate ambitions,” he said.

“It’s a duty and responsiblity of global leadership. Countries that are in a position to help should be supporting developing countries so they can make decisive climate decisions—facilitating their energy transitions, building a path to prosperity compatible with our climate imperative.”

The U.S. President also told the COP27 summit that the war in Ukraine made it more urgent than ever to double down on climate commitments, calling on every country to align with targets to limit global warming to 1.5 degrees Celsius.

“Russia’s war only enhances the urgency of the need to transition the world off its dependence on fossil fuels,” he said.

‘Life of the planet’ at stake in climate crisis: Biden

Mr. Biden told the COP27 conference that the “very life of the planet” is at stake in the climate crisis and gave an assurance the United States is on track to slash carbon emissions.

“The climate crisis is about human security, economic security, environmental security, national security and and the very life of the planet,” he told an audience at the conference in Egypt.

Mr. Biden said the United States is “on track” to achieve its pledge of cutting emissions 50-52 percent below 2005 levels by 2030.

“The United States will meet our emissions targets,” he said. Protesters stood up and held a sign during U.S. President Joe Biden’s speech at COP27 on Friday, a Reuters witness in the room where Biden was speaking said.

Mr. Biden’s speech was not interrupted and security guards approached the group of protesters to remove their sign.