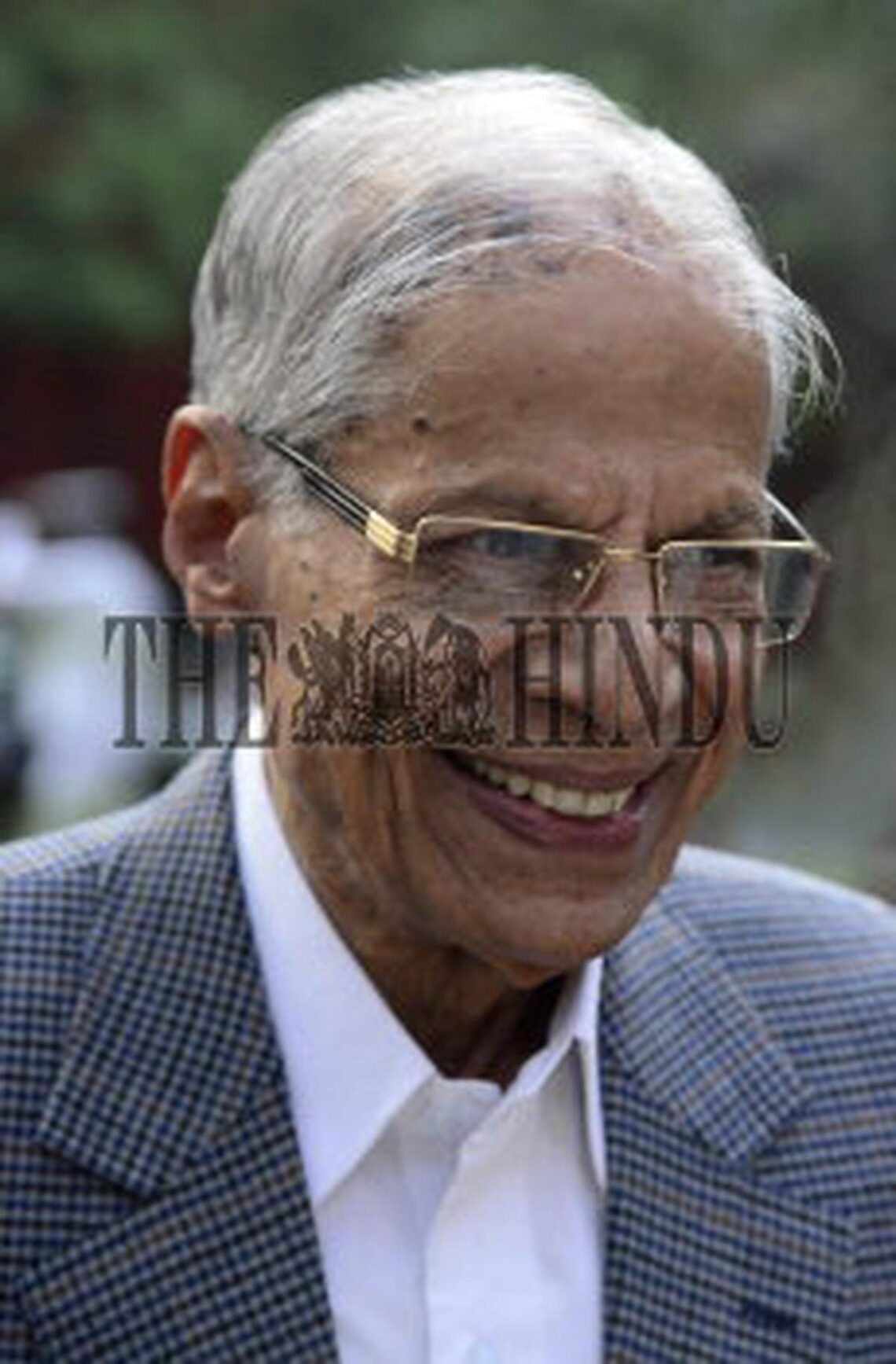 Former Advocate General R. Krishnamoorthy, 92, passed away in Chennai on Tuesday. A designated senior counsel, he had held the post of A-G between 1980 to 1989 and once again between 1994 and 1996. He had also served as the chairman of Bar Council of Tamil Nadu and Puducherry (BCTNP).

Born on December 8, 1930 in Thanjavur district, now Tiruvarur, he completed his graduation at St. Joseph’s College in Tiruchi before obtaining his law degree from Madras Law College in 1954. He served as an apprentice under K. Veeraswami who later became the Chief Justice of the Madras High Court.

After getting enrolled with the Bar Council in August 1955, he worked with K.S. Naidu who was the first elected chairman of BCTNP. Thereafter, the former A-G took a break from law between 1959 and 1967 when he went in search of adventure in business. He reverted to the legal practice in 1967.

On his return to the profession, he joined the office of G. Ramanujam, the then Government Pleader who went on to become a judge of the Madras High Court in 1969. Known to be a quiet and unobtrusive lawyer among the members of the Bar, he himself became a Government Pleader in 1978.

It was during his nearly nine-year long stint as Advocate General that he also served as the chairman of BCTNP between 1984 and 1988. He had appeared for the State Government in the Supreme Court and for the Income Tax Department as well as for private clients before various other High Courts in the country.

He had served in the boards of several public limited companies as director, and was also in the Board of Trustees for the PSG Group of Colleges in Coimbatore. He was the president of Narada Gana Sabha, a cultural organisation, for around 25 years and the president of Madhya Kailash Temple in Chennai.

9 Pop Artists Who Are Doing More Than Generic Pop Music