by Suyash Singh
in News, Technology
Reading Time: 6 mins read
A A 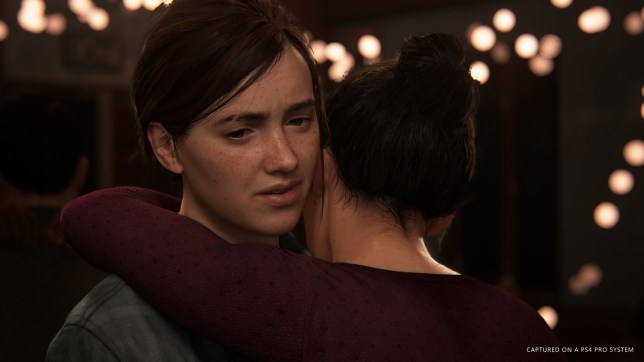 The PS5 and Xbox Series X graphics are disappointing! Don’t get me wrong they look great but they are not the leap of graphics we were expecting in the age of photorealism. The players and gamers are annoyed with the small incremental graphics update.

Trust me when I say this; Game developers, Hardware Companies (AMD and Nvidia), Xbox, PlayStation, and Game Engine Developers are struggling to better Game Graphics. They are trying to develop various new techniques and technology to make the dream of real-time photorealistic graphics a reality. The new Demon’s Souls on the PS5 looks great, however, PS4’s Detroit Become Human looks amazing too and near photorealistic. Before we explain why isn’t the graphical leap is big, let’s set up some groundwork first.

What makes a Game Look Beautiful?

There goes a lot to making a game and its graphics. You can’t just fill the screen with beautiful trees, stones, and detailed characters. You have to render and update a frame every 33.33 milliseconds (30FPS), this is crazy fast. To give perspective, it takes days to just render one frame of a Pixar Movie and that too big server farms! Games try to achieve that level of realism and with a tiny fraction of computing power. It’s a balancing act. Some games look more beautiful than others, why is this? To explain this, you need to understand the major elements of computer graphics; Geometry, Textures, and Lighting & Effects.

First, you need to build a 3D model of your character/object. The 3D model is made out of a polygon mesh that is made up of tetrahedrons/triangular pyramids (Triangles) and quadrilaterals. Why triangles of all shapes? We are using the pointiest object in the universe to create intricate models like faces. Well, the answer is actually very simple, triangles are very easy to calculate for a computer in comparison to other higher-ordered polygons. More Triangles = More Detailed Model but this isn’t necessarily true and I will elaborate on this later in the article.

Of course, the models will look bland and lifeless without colours. So, you will need to apply textures to the 3D models to add details. Textures are flat images that are applied to models, think of them as colourful clothing being wrapped around 3D models. Textures are memory-intensive and use VRAM (Video Random Access Memory). VRAM isn’t RAM. Whenever you would have gone PC or laptop shopping, you would have seen keywords like ‘4GB Nvidia Graphics’ and ‘6GB AMD Graphics’. The ‘4GB’ and ‘6GB’ refers to VRAM which is integrated into the GPU (Graphics Processing Unit) and is not the same RAM that communicates with the processor.

Lighting & Effects is the real deal. They can make and break the graphics of a game. Dirt and fire particles flying in the air, the volumetric fog/smoke and God Rays, etc. all these elements are what make games graphics magical and beautiful.

Lighting & Effects also help game developers create the illusion of great graphics. For example, Game Developers use soft lighting on characters to hide the un-detailed parts of faces (which could be seen in Prince of Persia Remake, the newer build has soft lighting), sometimes they use a lot of particles as they computationally cheap (Unreal Engine 4 Demo uses a lot of particles to make it look good) and they make everything look wet and shiny (This is so apparent and doesn’t need any example just observe any shiny metals, walls, and puddles of water in clear weather).

Of course, there goes a lot in making a game and I skipped over a lot of steps. However, this nails the basic as to what makes a game beautiful. To drive all these graphics, we need a good GPU (Graphics Processing Unit/Graphics Card).

One of the frequently used marketing terms is TFLOPS (Teraflops). People think TFLOPS is the Standard Unit for measuring a GPU’s power. They couldn’t be more wrong. TFLOPS is not the end-all to measure a GPU’s performance, there goes a lot in making a GPU, TFLOPS just measures one component of it, Rasterization.

Why does Game Graphics Don’t Look Any Better?

To show what I mean by that here is a screenshot from The Last of Us, released on PS3 seven years ago, has graphics that rival that of PS4 and dare I say PS5. To make this even more impressive PS3 just had a 256MB Graphics Card and yes that is MB with an‘M’.

The short and simple to why game graphics don’t better? is that we have nailed the basics. We have gotten past the point where any increase in hardware power only gives us diminishing returns. The leap from PS1 → PS2 was great. The leap from PS2 → PS3 was massive, PS3 → PS4 disappointing.

Increasing the number doesn’t lead to a significant increase in details because the extra polygons are just wasted. The same goes for Textures, 4K Textures won’t necessarily look better than HD Textures. We have also nailed the Lighting with SSR (Screen Space Reflections), AO(Ambient Occlusion), these techniques help to create great lighting and shadows even if not realistic.

Gaming Developers are already warring us that the next-gen consoles PS5 and Xbox Series X may just hit a graphical brick wall. PS5 can draw billion of triangles on-screen which is a big leap from the 33 Million Triangles that PS4 could draw. Yet this doesn’t translate to a day and night difference in graphics. Graphics have evolved very quickly and we would have hit a brick wall sooner or later.

What’s Next for Game Graphics and Development?

It’s not like the game graphics have been stagnant. There have been strides made in new graphical techniques like Ray-Tracing. With Ray-Tracing we can simulate light realistically to create photorealistic shadows and reflections. It doesn’t end there, Ray-Tracing can also be used for Artificial Intelligence (AI in Games) and Acoustics (Ray-Traced Sound). Until recent years, Ray-Tracing was exclusive to movies and TV Shows as it is computationally intensive. However, with recent advancements in Hardware-Based Ray-Tracing, it has become possible to do Ray-Tracing in real-time.

Another big leap is the SSD. The new SSD and the special I/O of the next-gen consoles enable ultra-fast speed that wasn’t possible before. This opens a world of possibilities like bigger worlds, no load times, and streaming more data to GPU. All these things will transform the game designs, you will not have to face long elevator rides or go through long stairs (that served as loading screens). You can expect more Game-Changing concepts like Ratchet & Clank: Rift Apart’s portal system, with this you can travel from one location to another in an instant, this couldn’t have been possible without the PS5’s SSD & I/O.

PlayStation has adopted a new strategy. They didn’t just focus on next-gen graphics and have the most TFLOPS to boast about. They put in a lot of effort into a better player experience too. The new DualSense controller packs new features like Adaptive Triggers and Haptic Feedback that reviewers have said makes a world of difference in player experience. I think more companies will follow suit of PlayStation and the major focus of Hardware companies will be to generate new experiences.

There will be a plethora of good-looking games on PS5 and Xbox Series X. The launch games may not look as impressive and that is because they usually have 6–7 months to work on a console before launch. So, you will definitely get a graphically amazing game as the console matures. This also opens the door for a radical change in gaming. New technology may help reimagine how we play or interact in games. Gabe Newell, the founder of Steam, has commented, ‘We’re way closer to The Matrix than people realize’ on the brain-computer interface.

Who has seen the future!

For more such articles explore our Tech and Automobile Section

1. PS5 Vs Xbox Series X: Who Will Win The Console Wars?

2. Use Of Artificial Intelligence In Recruitment Boosted Amid COVID-19

4. Remote Play From Xbox Is Now Available For iPhones

Aapli Aaji: 70-year-old youtuber has taken over the culinary world with her easy Maharashtrian delicacies