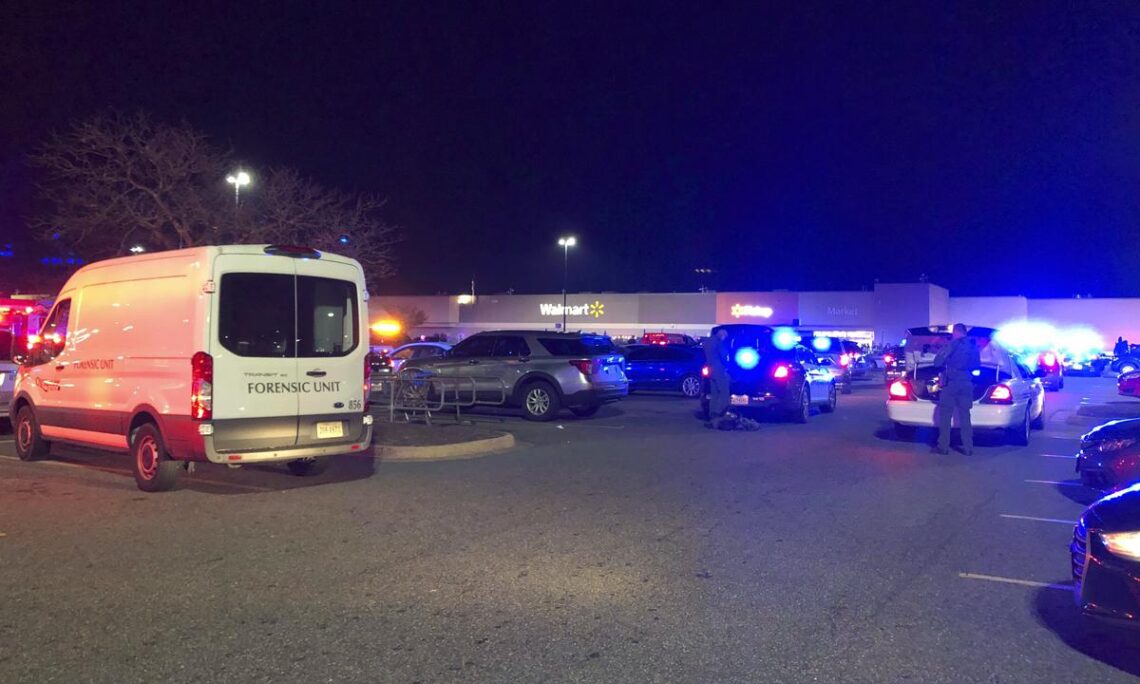 
In this image from video police respond to the scene of a fatal shooting at a Walmart on Tuesday night, Nov. 22, 2022, in Chesapeake, Virginia, U.S.
| Photo Credit: AP

A shooting at a Walmart in Chesapeake, Virginia late on Tuesday, November 22, 2022, resulted in multiple fatalities, and the shooter is dead, the City of Chesapeake said.

“Chesapeake Police confirm an active shooter incident with fatalities at the Walmart on Sam’s Circle. The shooter is deceased,” the City of Chesapeake tweeted.

Also read: A look at some of the deadliest U.S. school shootings

The number of dead and wounded is still unclear, but no more than 10 people have died, local media outlet WAVY reported.

Walmart and the Chesapeake police department did not immediately respond to a Reuters request for comment.