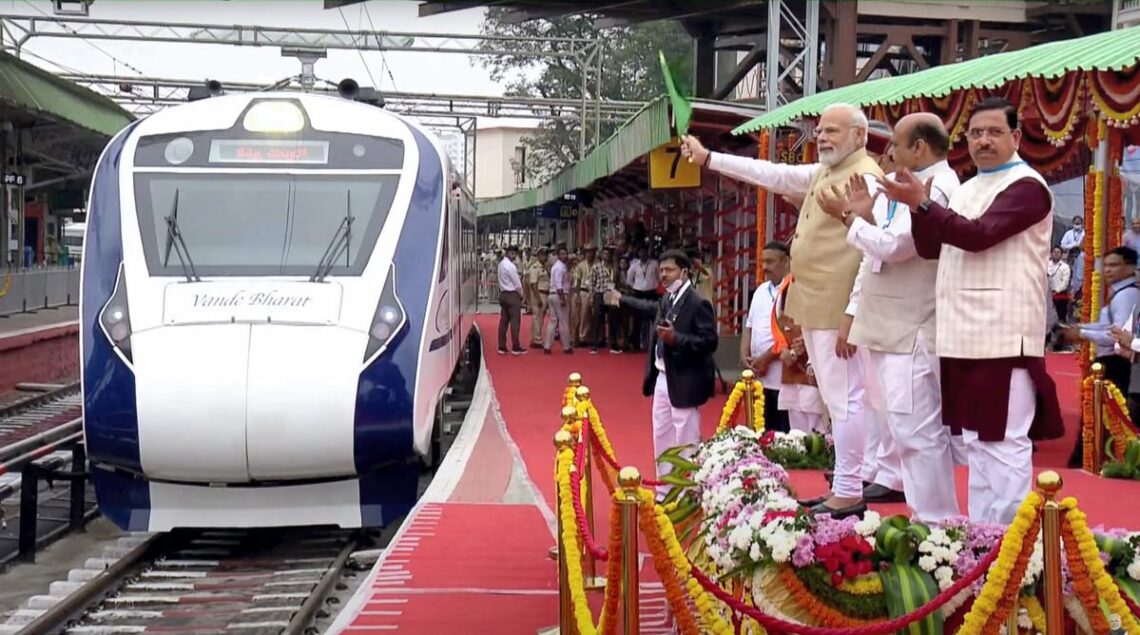 
1. Prime Minister Narendra Modi arrived in Bengaluru this morning and will take part in a series of programmes including opening of T-2 terminal in Kempegowda International Airport, unveiling of the statue of Bengaluru founder Kempegowda, flagging off of Vande Bharat Express. He will address a public rally before leaving the city by 2 p.m. There will be major traffic diversions till 2 p.m. owing to the series of events. Live Updates

2. Kanaka Jayanthi, the birth anniversary of saint-poet Kanakadasa, is being celebrated across Karnataka. Besides various private organisations, the Department of Kannada and Culture is holding an event at Yavanika Auditorium, State Youth Centre, Nrupathunga Road, at 11 a.m.

3. VLN-Nirman-Purandara Prathistana, as part of the Karnakadasa Jayanthi, is presenting a music concert titled Gana Laharai by Dr. R.K. Padmanabha and his disciples. The concert will be held at Purandara Mantapa, Sri Venkateswara temple premises, Nisarga Layout, Bannerghatta post. from 6 p.m.

4. Today is Veeravanithe Onake Obavva’s birth anniversary. The Department of Kannada and Culture is organizing a programme at Dr. B.R. Ambedkar Bhavan in Vasanth Nagar from 12 p.m. onwards to mark the day.

6. Bengaluru Lalitkala Parishath will be presenting the play Muktadhara, directed by Praveen Kumar Edamangala, translated to Kannada by Ahobala Shankararao, at National College premises in Jayanagar at 6.30 p.m.

Today is the inauguration of three-day All India Kisan Sammelan in Mysuru. Experts and progressive farmers to discuss issues related to agriculture, climate change and impact on food security, seed rights of farmers, conservation of indigenous paddy varieties, fortification of food and nutritional security.

In a covert operation, railway police nabbed a suspected dacoit who was absconding for more than a decade. The on-train dacoity incident had occurred in 2009 near Londa.