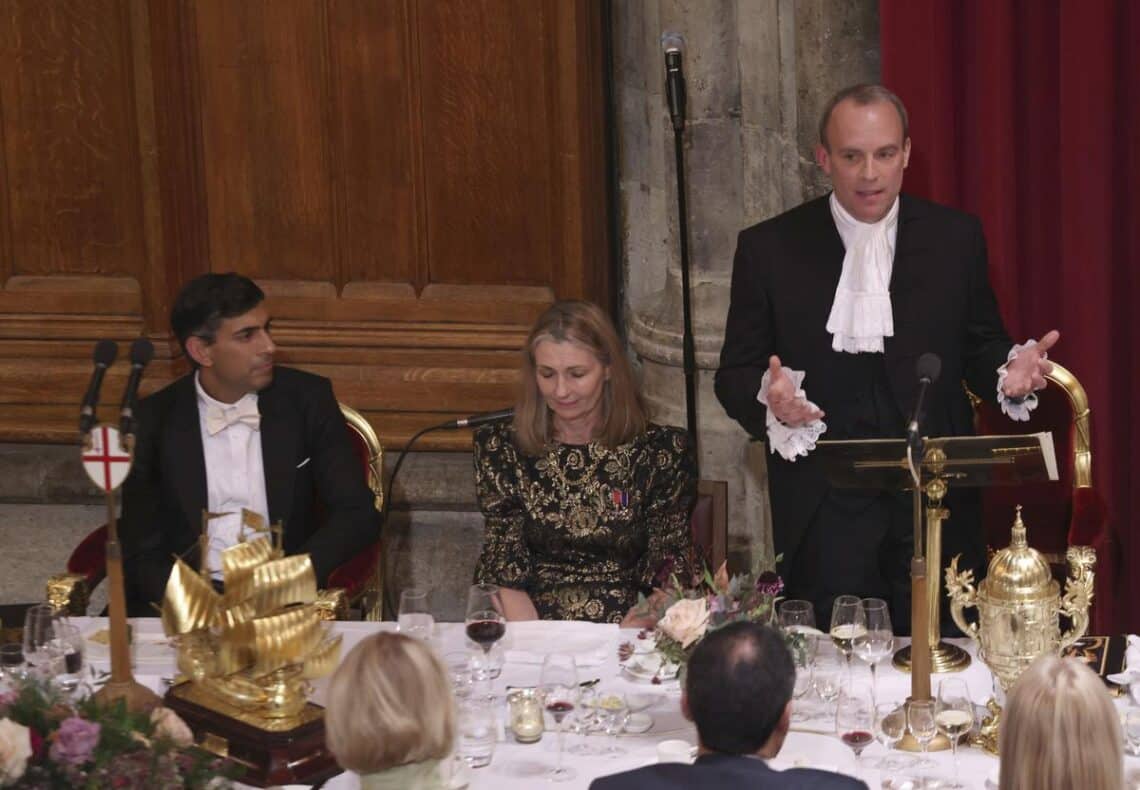 British Prime Minister Rishi Sunak has reiterated the U.K.’s commitment to a Free Trade Agreement (FTA) with India as part of the country’s wider focus on enhancing ties with the Indo-Pacific region.

Delivering a talk on November 28, 2022 at the Lord Mayor of London’s Banquet, his first major foreign policy speech since taking charge at 10 Downing Street last month, the British-Indian leader reflected upon his heritage and committed to promoting British values of “freedom and openness” around the world.

He also pledged to “do things differently” when it came to China, which he said poses a “systemic challenge” to British values and interests.

“Before I came into politics, I invested in businesses around the world. And the opportunity in the Indo-Pacific is compelling,” said Mr. Sunak.

“By 2050, the Indo-Pacific will deliver over half of global growth compared with just a quarter from Europe and North America combined. That’s why we’re joining the Trans-Pacific trade deal, the CPTPP, delivering a new FTA with India and pursuing one with Indonesia,” he said.

“Like many others, my grandparents came to the U.K., via East Africa and the Indian subcontinent and made their lives here. In recent years, we’ve welcomed thousands of people from Hong Kong, Afghanistan, and Ukraine. We’re a country that stands up for our values, that defends democracy by actions not just words,” he noted.

On China, Mr. Sunak said he wants to “evolve” the U.K.’s approach as he distanced his government from a slogan used by the previous Conservative Party led government to describe UK-China bilateral relations just over seven years ago.

‘Golden era is over’

“Let’s be clear, the so-called ‘golden era’ is over, along with the naïve idea that trade would lead to social and political reform. But nor should we rely on simplistic Cold War rhetoric. We recognise China poses a systemic challenge to our values and interests, a challenge that grows more acute as it moves towards even greater authoritarianism,” he cautioned.

The 42-year-old former chancellor admitted that the U.K. cannot simply ignore China’s “significance” in world affairs, something he pointed out that other leading economies such as the US, Canada, Australia and Japan also acknowledge.

“So together we’ll manage this sharpening competition, including with diplomacy and engagement. Much of this is about dramatically improving our resilience, particularly our economic security,” said Mr. Sunak.

Reiterating his pro-Brexit vision, Mr. Sunak ruled out any alignment with European Union (EU) law in favour of cooperation on shared issues such as illegal migration. He also committed the U.K. to standing by Ukraine in its conflict with Russia as part of Europe’s “collective resolve” to protect democratic values.

“After years of pushing at the boundaries, Russia is challenging the fundamental principles of the UN Charter. China is consciously competing for global influence using all the levers of state power. In the face of these challenges, short-termism or wishful thinking will not suffice. We can’t depend on Cold War arguments or approaches, or mere sentimentality about the past. So, we will make an evolutionary leap in our approach,” he declared.

Mr. Sunak confirmed that further detail on the U.K.’s foreign policy outlook will be laid out in an updated ‘Integrated Review’ in the new year, which will also cover closer collaboration with the Commonwealth.

“Under my leadership, we won’t choose the status quo. We will do things differently. We will evolve, anchored always by our enduring belief in freedom, openness and the rule of law and confident that in this moment of challenge and competition our interests will be protected… and our values will prevail,” he concluded.

The Lord Mayor’s Banquet at Guildhall in the financial heart of London is an annual event where the U.K. Prime Minister addresses business leaders, international dignitaries and foreign policy experts on the subject of foreign policy.

BSF shoots down drone along India-Pakistan border in Amritsar