The incident took place in Madhya Pradesh, where a man in a red shirt repeatedly slapped an elderly man while abusively speaking to him. The old man was suspected of being a Muslim.

by Kumar Nigam
in Analysis
Reading Time: 3 mins read
A A 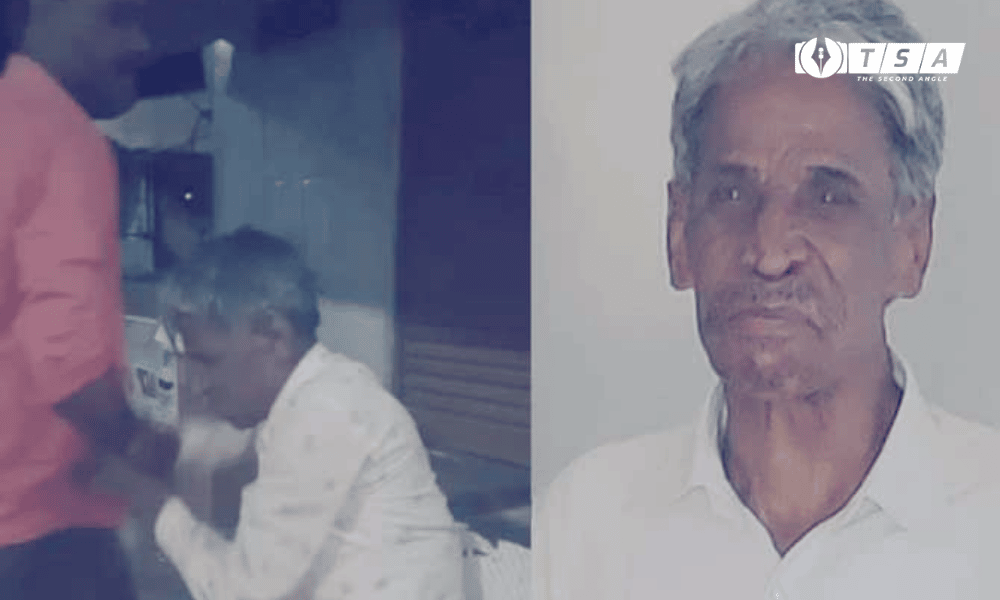 The terrible news has come from Neemuch, Madhya Pradesh, where a  65-year-old was manhandled to death on suspicion of being a Muslim. As an accused in the case, the spouse of a former Bharatiya Janata Party (BJP) councilor and his colleague have been named. Shivraj’s government, on the other hand, claims that action has been initiated against the perpetrator.

Apparently, the incident took place on the night of the 19th. The case erupted on May 21, 2022, after a video of the incident became viral. In the video clip, an older man wearing a white shirt was approached and asked his name and where he was from. When the old man couldn’t properly identify himself, the goons began threatening and slamming him saying, “Take out your Aadhaar card… Take out the Aadhaar card.”

The incident came to light from a viral video

This video was also shown on various television news channels. According to reports, the old guy died as a result of the excessive beating, and the person who was assaulting him in the video is Dinesh Kushwaha, spouse of a former BJP councilor. His companion is also accused of assault.

Bhanwar Lal, according to family members, was crippled and suffered from memory problems. The authorities are attempting to apprehend the accused. CCTV footage from the area is also being examined in order to take action against other people engaged in the case.

The old man had gone astray, could not give an introduction

In the meantime, the state’s Home Minister, Dr. Narottam Mishra, stated that action had been taken in accordance with the case. It will be ensured that this does not repeat in the future. He was old and had strayed away. He was unable to introduce himself during interrogation. The offender was identified in the incident, and a case was filed against him under sections 302 and 304. The deceased’s relatives stated that he was mentally impaired.

“There is a need to cool down this temperature”

Meanwhile, at an event in London, former Congress Chief Rahul Gandhi criticized the Modi government for the country’s current state, saying, “India is not in a good state at the moment.” The BJP has spread kerosene throughout the country. All they need is a spark to ignite trouble.  I believe it is the opposition’s, and even Congress’, job to bring people, groups, states, and religions together. We must cool this temperature, as if it’s not cooled, everything will go wrong.

Meanwhile, former Madhya Pradesh Chief Minister and Congress politician Digvijaya Singh also shared a video of the incident, adding the political aspect to the killing. Singh said that the perpetrator in the video of the attack on Jain was a member of the Bhartiya Janata Party. “I have received information that a crime under Section 302 has been registered against Dinesh Kushwaha of the BJP. Let’s see if he gets caught or not,” Singh commented on Twitter while posting a video of the attack.

The event occurs just days after a conflict between two parties over the erection of a Hanuman statue in the Neemuch region was reported. In connection with the Neemuch city conflict that occurred on May 17, four complaints were filed, and nine persons were arrested. The conflict began when two factions disagreed over the placement of a Hanuman statue at a dargah in the Old Court area. This resulted in a brawl, as well as stone-pelting. When police arrived, they were forced to use tear gas rounds to bring things under control. Following the conflict, prohibitory orders were issued under Section 144 in Neemuch on May 17.