The Haryana Board of Secondary Education has released new history textbooks for classes 6th to 10th.

by Darain Akram
in Analysis
Reading Time: 3 mins read
A A 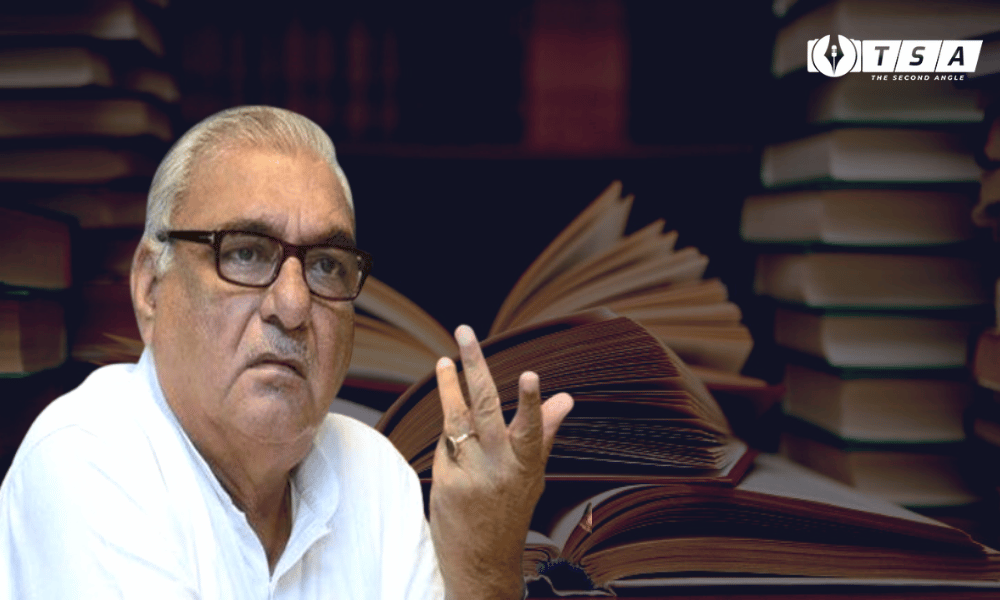 The Haryana School Education Board has virtually released new history books for classes 6 to 10.  Soon after the book was released online, a controversy was created after the new text blamed the Congress party for the 1947 partition.

Highlights from the new book

▪︎ The text blames the Congress leaders’ greed for power as the real reason behind the partition.

▪︎ Another reason for partition mentioned in the book is the “stubbornness” of Mohammed Ali Jinnah and the “Sectarian ideology” of the Muslim League.

What does the board have to say?

Dr. Jagbir Singh Chairman of the Haryana Board while talking to The Wire said, In April 2017, under the Chairmanship of Union Education Secretary Anil Swarup a meeting was held where it was decided that “states can amend history textbooks however they like.”

To make the new book, a committee was formed back in 2017 consisting of 40 scholars and experts on the subject. The new changes are focused on the achievements of the ancient Indian society of governance, art, literature, and science in detail said the Haryana Board.

How the opposition reacted

The Congress members were outraged to see the party being blamed for partition. The former Chief Minister and Congress leader Bhupinder Singh Hooda said that the BJP is trying to saffronize history and brainwash youngsters; it is clearly an attempt to politicize education, he said. “On the other hand, the reality about Congress’s contribution to the freedom struggle is known to everyone. History does not change like this. They will not be successful,” he said.

Haryana board authorities denied the charges made by the opposition; “These changes have been updated based on facts taken from the records available”, they added.

This move by Haryana’s board of secondary education came right after CBSE’s controversy where the board had deleted several chapters on Democracy and diversity and Mughal Courts and Empires.

CBSE’s move was noted as an attempt to erase Islamic heritage and its contributions to the country, meanwhile, the Haryana board’s new book seems to be designed keeping in mind the Hindutva nationalism ideology.

The book has passages and essays dedicated to the founders of RSS Maharishi Aurobindo and Keshavrao Baliram Hedgewar claiming that they had played a vital role in the freedom struggle.

Fact: The Hindu nationalists have been claiming that they too participated in the freedom movement, for the past few decades. There have been huge debates discussing the issue, we have found articles from 2017 and 2018 analyzing the facts and information regarding the same.

In an article, Rakesh Sinha presents the fantasies of RSS participation in the freedom movement. The British intelligence reports are major sources for this claim.

“It is true that Hedgewar did take part in the civil disobedience movement and was jailed for it, but that was because of his personal interests, to be able to meet people who might support his agenda of the Hindu Rashtra. There is not a single piece of writing by Hedgewar or the RSS exhorting people to participate in the movement. On the contrary, there are authoritative references to him discouraging those who wanted to participate in the struggle for freedom,” mentioned the article. (Source)

Distortion: Ironically, The first chapter of the new class 9 book ‘Social and Cultural Renaissance in India’, talks about the contribution of Maharishi Aurobindo and Keshavrao Baliram Hedgewar, the founder of RSS, to “push the freedom struggle movement by using the idea of cultural nationalism.” The book also claims that Hedgewar was “a great patriot and one who professed revolutionary ideas during his lifetime”.

Distortion: “Savarkar was a staunch supporter of Hindutva and strongly opposed partition of India,” the book says. The book has a chapter devoted to his role in the Indian freedom struggle. The book also claims that in Young India magazine in 1920 Mahatma Gandhi had appealed for Savarkar’s release.

Fact: He was a freedom fighter for a certain period when he was an atheist and a rationalist, who had started out on a revolutionary road to rid India of its colonial yoke. Long before he’d begun articulating the notion of Hindutva. After the British released him from prison on account of his relentless pleas for mercy, not only did Savarkar pledge his allegiance to the British in return; his propagation of Hindutva hurt the freedom movement by dividing society along sectarian lines when a united front against colonial rule was needed.

Also Checkout: How Russia’s international relations and economy are holding up amidst the Ukraine invasion?